INITIAL BRIEF:
Lancaster Pride contacted me to create all their printed media artwork and logos for their event in 2018. I was chosen for this task after they had seen my creatives and designs I created for Cumbria Pride in 2017.

MY APPROACH:
I based the logo on old ‘Communist Propaganda’ imagery which were originally designed to unite a nation under one ideology. I had also recalled seeing something similar in the 1980’s when the cold war was at its height and this style of artwork was in vogue.

THE RESULT
Lancaster Pride 2018 was attended by more people than in previous years. The organisation has put this down in part to the logo I created for them. They said it brought the event right up to date and made it look like a major event rather than something that had previously been seen as fairly provincial. 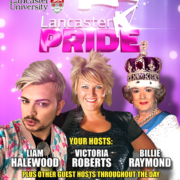 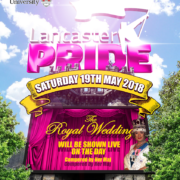 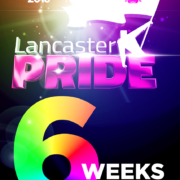